Correcting the Record in the Patent Law Debate 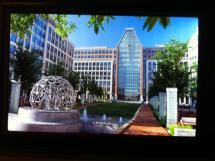 Another day, another legislative bid to rewrite patent law.

That’s the impression Patent Truth is getting this summer amid the stampede of new bills that would weaken patent holders’ ability to protect their rights in the name of battling those fairy tale villains come to life, the trolls. (Warnings about trolls in Washington are becoming so common they seem to have nudged out zombies as the most fearsome pop culture bête noire. “World War T” anyone?)

As of Monday, there are now at least seven patent-litigation proposals on Capitol Hill, either in the legislative oven or the prep kitchen of lawmakers planning to introduce them soon. That’s on top of the White House patent-issue fact sheet released last month with the intent of showing the Obama administration, too, takes the troll threat seriously and wants action.

For the record, Patent Truth also takes seriously the problem of abusive litigation, including the skein of allegedly frivolous patent infringement suits that have provoked plenty of media attention and the current rush to overhaul two centuries of patent protections when the ink has barely dried on the previous wholesale revision of patent law, the American Invents Act. But what none of the patent critics or patent-legislating members of Congress have done – even as they push to undermine constitutionally enshrined inventors’ rights and the value of intellectual property --  is show that inappropriate patent suits pose any greater threat than the broader phenomenon of litigation abuse. Nor have they been able to define just what a troll is.

Instead, again and again, the argument for a quick – and arguably heedless – response is backed by two numbers you can find in almost any medium where the issue is discussed: $80 billion and $29 billion.

Take last week’s “big tent” letter to the House and Senate leadership calling for new laws aimed at stifling entities “commonly referred to as patent trolls.” The letter, signed by groups representing bankers and realtors, car makers and grocers, as well as a handful of tech-minded start-up foundries – says that  trolls’ “activity cost the U.S. economy $80 billion in 2011, and productive companies made $29 billion in direct payouts.”

Let’s put aside for a moment the fact that most of the signees are not from the inventing side of the patent ecosystem and therefore may have an interest in altering the balance of licensing negotiations, and that their arguments echo those made in centuries past by unhappy patent critics during several periods of significant technological change in the country’s history. (For historical context, read this account of the sewing machine wars by George Mason University Prof. Adam Mossoff or Bowdoin College Prof. Zorina Kahn’s excellent piece of economic history, The Democratization of Invention.)

Instead, let’s look at the numbers, which have been cited on the floor of the House and by the White House, as well as serious news media, and almost never with mention of the numbers’ origin.

They come from two studies undertaken at Boston University School of Law. The first, source of the $80 billion figure, presented as a working paper in 2011 and published last year, gets its raw data from Patent Freedom, a firm whose business is to help clients mitigate the risk of patent infringement suits. The authors say they used a database of patent lawsuits collected by the firm. The data for the second – source of the $29 billion and presented as a working paper last year -- came from RPX, whose business model is also based on helping clients deal with patent infringement suits. RPX surveyed its clients and “nonclient companies with whom RPX has relationships”; it’s not clear which group was the majority. The authors acknowledge that the survey sample was not randomly selected, and that “in particular, it might be that survey respondents tended to be firms with higher than average litigation costs.” Moreover, at least part of the survey’s cost was covered by a group called Coalition for Patent Fairness, which lobbies for a weakening of patent rights.

Specifically, the authors of the two studies looked into patent lawsuits filed by non-practicing entities (NPEs), which they define “to include patent assertion entities, individual inventors, universities, and non-competing entities (operating companies asserting patents well outside the area in which they make products and compete).” Under this definition, if you invent a technology and, unable financially or otherwise to produce it, you license the technology to someone else – as, say, Thomas Edison did – you’re a troll. If you’re a university with research facilities that invent a technology and, as universities do, keep the rights to the technology but don’t make the product yourself, you’re a troll. If you invent different technologies but only use some in your own manufactured products and license others to other manufacturers, you are, according to this definition and all the politicians and news media who use these numbers, a troll. The authors themselves point out that “not all NPEs today are opportunistic litigators,” and that “these findings should be interpreted cautiously.”

Still, while the $29 billion is at least an attempt to quantify a specific total – the direct costs of lawsuits – the $80 billion is an amorphous figure not even representing what it is said by today’s patent critics to represent. Patent Truth would think that when trying to tally the cost of a problem for the U.S. economy, you’d start with its contributions to gross domestic product and work backwards. At the very least, you’d try to quantify the economic output of a given good or service that was stifled by the problem you’re measuring. Instead, the authors looked at how the share price of a defendant firm fared during the days following the filing of a lawsuit. Let’s be clear: What they measured was short-term investor reaction to a news event, not the cost to the U.S. economy.

In sum, the methodologies used to gather these numbers are scientifically unsound and lack any of the credibility required by a serious policy debate. Patent Truth wrote about a piece by Prof. Mossoff earlier this year examining one of these studies, but we now revisit the data ourselves and encourage all participants in the patent policy debate – especially if you help make policy – to view the studies on their own before citing these numbers again.

If Patent Truth sounds frustrated, we are not alone. Another letter to the congressional leadership went out last week, this one from engineers, universities like M.I.T., small business groups and others calling themselves a “cross-section of America’s innovation economy.” Like the producer of this blog, they largely represent inventors who create and sometimes license technologies.*

“We are writing to request that you exercise great caution before moving any legislation that potentially weakens our constitutionally based patent system by effectively making patents less valuable or substantially more difficult to enforce,” they write. “The U.S. patent system is the envy of the world. Since our founding it has kept America competitive internationally and provided countless good-paying jobs. There is always a temptation to weaken patents to reduce the technology costs of large implementers, but doing so would only result in the loss of American jobs and our innovative edge. … Any changes that are made should not undermine U.S. patents or economic incentives to invest in research and development.”

This group isn’t calling on Congress to do nothing. What it wants is “targeted hearings on different aspects of the legislation with testimony from a broad spectrum of stakeholders, including startups and small businesses, to fairly evaluate what impact further changes might have on our innovation economy.”

Sound policy should be based on sound data. That’s all we’re saying.

*Qualcomm, which produces Patent Truth, is a member of the Innovation Alliance, one of the groups that signed the second letter.