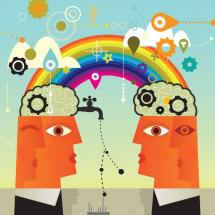 On December 7, The Innovation Alliance hosted a media teleconference with a panel of experts to provide insight into the issue of intellectual property (IP) and IP-dependent businesses. Speakers included retired Federal Circuit Judge Paul Michel, as well as Ralph Eckardt, founding partner of 3LP Advisors and author of the book The Invisible Edge. The discussion was moderated by George Mason University Law Professor Adam Mossoff. The briefing offered perspective on the FTC/DOJ workshop on patent assertion entity (PAE) activities on innovation and competition, as well as the appropriate relationship between antitrust law and patent policy. Below are some key points that we found interesting as we were listening:

The Term “Patent Assertion Entity” Is Problematic: Both Judge Michel and Eckardt found the term patent assertion entities (PAEs) as being a problem as it often leads to inflammatory rhetoric. The Judge believed that the label carried a “pejorative tone,” much like the other terms that are often used in this debate, including “patent trolls” and “non-practicing entities (NPEs).” Eckardt proposed using the term “patent licensing entities,” as the function of these corporations and individuals are to license technologies.

Licensing Is Actually Very Important: How odd would it be if you weren’t allowed to make money off your own property? Judge Michel talked about how shocked we would all be if landlords were not able to sell or rent out their house to anyone they wanted. Yet, for the patent system, this is what some people are proposing, he said. Eckardt explained that licensing companies actually play a critical role that allows inventions and technologies to be transferred from where they are created and made, to places where they are utilized. Mossoff also noted that for every case of litigation, there are thousands, if not tens of thousands of licensing agreements that are not seen in the public spotlight.

There Is No Evidence That Suggests That Litigation Is Hurting Innovation: The speakers spoke in unison in arguing that there was little factual evidence of litigation hurting innovation. Judge Michel noted that the vast majority of patent litigation is actually settled, and that the rhetoric in the debate is mostly self-serving: “Certain people, and it’s a very small number…a few dozen companies, out of 30,000 American corporations with at least a hundred employees, who are very angry about patents because they lose patent suits and they have to pay damages. Sometimes they are faced with injunctions, often they’re faced with costs of litigation. They are angry and they want relief.” Eckardt concurred and argued that technology buyers will always want to pay as little for using patented technologies from others, while technology suppliers will always want high prices. Mossoff underscored that patent litigation is a cyclical occurrence whenever new technologies are introduced, and shared the story of Elias Howe and the sewing machine wars.

Is There A Role For Competition Agencies? Judge Michel argued that the patent system is currently doing a good job in doing what it was designed to do for businesses and individuals that deal with patents on a daily basis. He said: “[it] seems very ironic that competition authorities may believe that they are better situated than the leaders of all the tens of thousands of businesses and companies of the United States to be able to value what a license for a patent or a patent portfolio should command.” Eckardt supported this view and explained that when the competition agencies stepped into the market in the past on antitrust grounds in the US, global competitors took advantage of the situation and slowed down innovation at home.

A full podcast of the briefing can be downloaded here: http://bit.ly/UsqtBV.

Join in the conversation on @PatentTruth – we are using the hashtags #patentwkshp #patenttruth and #patents.