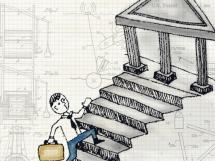 So stakeholders in the patent system can be thankful that after steaming through the House, the patent legislation freight train decelerated over the holidays. The Senate Judiciary Committee has now scheduled a series of closed-door briefings to hear concerns about the proposed bills – and possibly an additional hearing to give inventors and universities a chance to air their worries about the consequences for innovation and research.

In the meantime, qualms about the patent bills are increasingly being expressed from other branches of government.

Members of the Federal Trade Commission kicked off the New Year divided on whether Congress should await the FTC’s study of patent-assertion entities and the so-called “troll” phenomenon before passing new laws aimed at stifling abusive patent lawsuits.

In the first of tit-for-tat tweets posted from the Consumer Electronics Show in Las Vegas, Commissioner Maureen Ohlhausen responded to a question about Congress and patents by saying, "This is a very complex area, we need to take the time to get it right.”

A day later, Commissioner Julie Brill addressed the same issue on Twitter: “I believe Congress shld act ASAP.” In a speech minutes earlier, she called on Congress to act first and let the FTC ask questions later, arguing the bills under consideration “are aimed at PAEs who assert weak or vague patents, and are designed to make it difficult for PAEs to use the threat of costly patent litigation to secure unjustifiable settlements.” But she herself was vague about how the bills would work aside from noting that one would enhance FTC authority in the matter. It is unclear whether either commissioner has directly addressed their differences over Congressional patent policy outside the Twittersphere.

Still, there have been additional impassioned calls for caution when it comes to changing the rules for patent litigation, and from the judges who know the system best. Federal Circuit Chief Judge Randall Rader and his colleague, Judge Kathleen O’Malley, have both said repeatedly in public that judges already have the tools to deal with abusive patent suits. Their assertions have been backed by Congress’s investigative arm, the General Accountability Office, which reported in August that both the courts and U.S. Patent and Trademark Office have initiated new rules to help deal with litigation problems.

In the past few weeks, the Federal Judiciary has offered new evidence that the courts are already addressing problems.

The Supreme Court said this year it will take on at least two additional cases dealing with the rules for patent law, on top of the two patent cases the justices are scheduled to hear next month.

And the day after Christmas, with most of Washington still nestled snug in their beds, the Federal Circuit issued a decision that would seem to directly refute the patent-system critics in Congress.

The issue in question is attorneys’ fees.

Among the most prominent measures in the bill that passed the House last month and the parallel proposals in the Senate is one aimed at punishing bad-faith litigants by requiring judges to award the losing party’s legal fees to the prevailing party in many patent cases, and in ways that could tilt the system against patent owners who allege infringement. Several federal judges have bristled at this measure and its implications, arguing they already have at their disposal rules allowing them to award fees when they judge such fee-shifting is merited by “exceptional” circumstances.

And the Federal Circuit’s ruling in Kilopass Technology Inc. vs. Sidense Corp. was all about empowering a judge’s judgment on the fee-shifting question.

After Kilopass accused Sidense of infringing its patents, the U.S. District Court for the District of Northern California granted summary judgment in favor of Sidense, and the Federal Circuit summarily affirmed the decision. But when Sidense sought the awarding of attorneys’ fees, the district court balked.

According to the Federal Circuit, the district court had more power to act than it realized.

The district court judge, in considering the fee-shifting question, focused only on the difficult, subjective question of whether Kilopass’s infringement suit was filed in “bad faith” – a finding that requires alleging parties to leap high evidentiary hurdles.

Instead, the appellate judges declared, if a judge finds a patent infringement suit to be baseless in the first place, the judge can infer the existence of bad faith.

“Subjective bad faith is difficult to prove directly, essentially requiring the discovery of a smoking gun, and evidence of a lack of subjective bad faith is easy to provide, as occurred here,” the Federal Circuit said. But “lack of direct proof of subjective bad faith should not alone free a party from the threat of assessment of attorneys’ fees. … The district court prematurely ended the [fees] inquiry without determining whether Kilopass’s … theory was objectively baseless and whether that fact or other circumstantial evidence would support an inference of bad faith on the part of Kilopass.”

“One’s misguided belief, based on zealousness rather than reason, is simply not sufficient by itself to show that a case is not exceptional in light of objective evidence that a patentee has pressed meritless claims,” the ruling continued. “Thus, we have observed that, where ‘the patentee is manifestly unreasonable in assessing infringement, while continuing to assert infringement in court, an inference is proper of bad faith.’”

The Federal Circuit’s decision to clarify these rules amid the broader debate was viewed by some observers of the court as a plea to Capitol Hill for judicial independence.

“The Federal Circuit is saying to Congress, ‘Please let us handle it,’” Attorney Scott McBride of McAndrews Held & Malloy told Law 360. “It gives ammunition to those opposed to the current legislation.”